This is another large release. This is the first stable release with a complete UTF-8 based backend. I’m still calling it pre-alpha because I’ve only really run it on Linux (quite extensively). 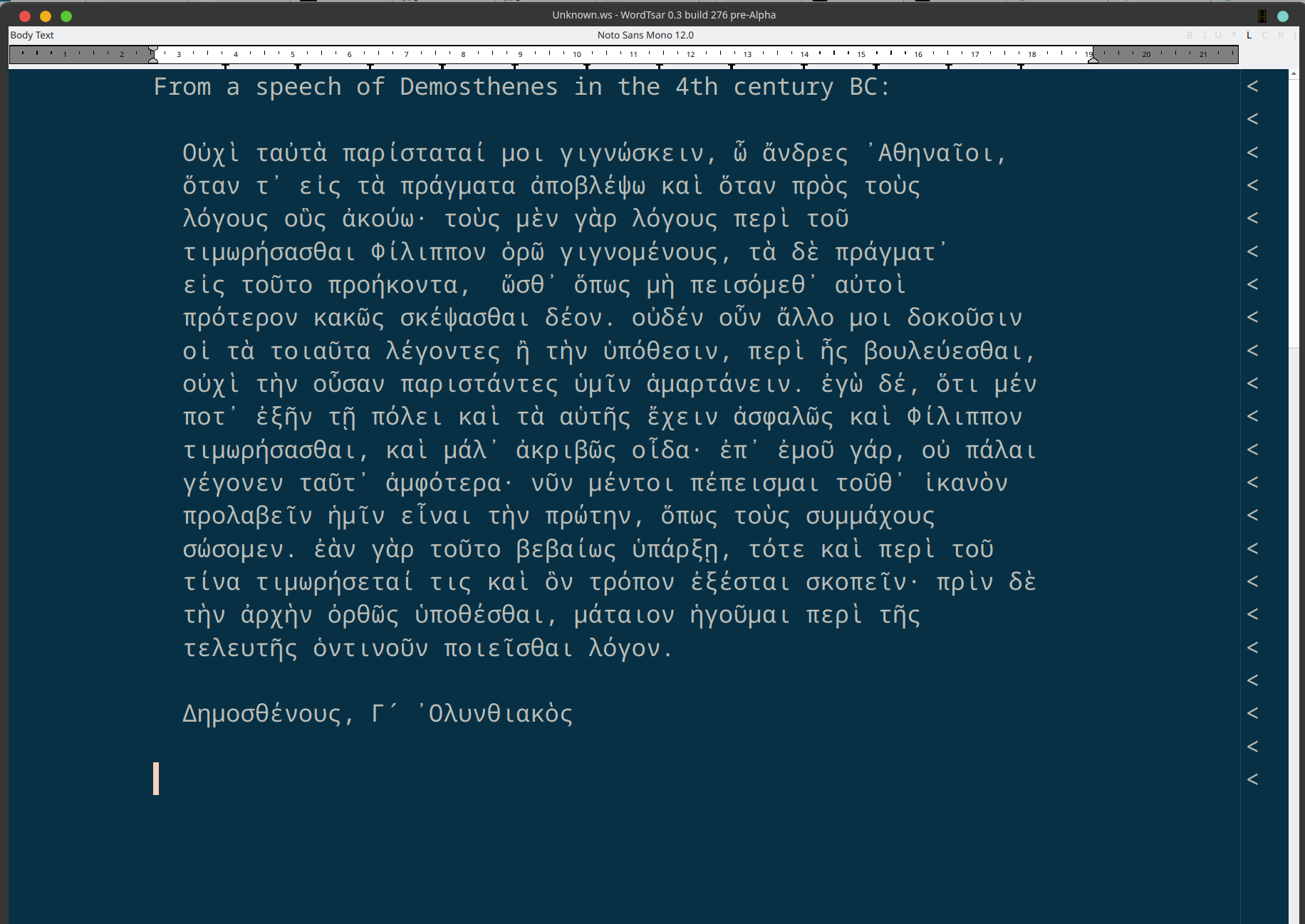 Every version of WordTsar has been using a gapbuffer for it’s underlying document buffer. Adding UTF-8 support added created issues with the single buffer issue. We now use a plain buffer per paragraph, and have seen some slow downs because of it. We’ve added caching that should get around that.

Carat movement is all grapheme based. If a grapheme is made up of multiple codepoints, deleting will remove the entire grapheme.

I’m a Canadian English writer. All of this UTF-8 stuff needs more testing than I was able to give it.