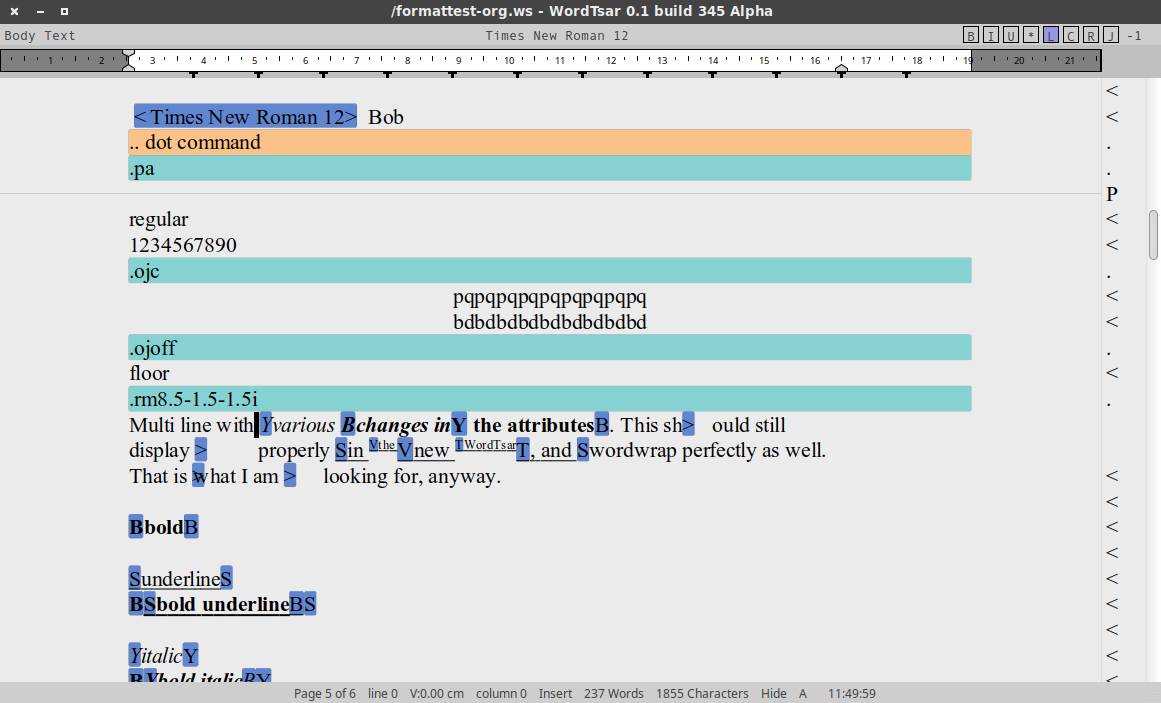 One bug fix (not really a bug, but…) and a handful of new features like codepage 437 support (partial). Also a new feature not found in the original Wordstar! Check the forum for more information.